This gypsy life brings constant curve balls (pun intended). The moment you think you have a grasp at normalcy, things are shaken up and your life is upside down again. I have been MIA for awhile on here because if you don’t follow baseball or my life outside this blog, then you didn’t know that Scott was traded from the Oakland Athletics to the Houston Astros at the end of July. Thankfully, Scott is from Houston and we live there part time during the off season so we were able to move back home sooner than later. Life has been absolutely insane the last month with the move and trying to settle back into a routine. It was especially hard because since everyone in Houston isn’t used to seeing Scott on a regular basis, you can imagine how he got pulled every which way as soon as we got back.

This will mark my first post since the trade and ironically I am doing it on my cell phone in a hotel room in Minneapolis, Minnesota. Scott is here to play a series against the Twins and I am here to celebrate my birthday. Originally we thought we were still going to be with the Oakland A’s and they had an off day in Arizona this year that happened to fall on my birthday so that was our number one plan all along. Unfortunately after the trade happened, we procrastinated with trying to figure out a plan for the actual birthday in Minnesota and spent the majority of the day hopping from the Mall of America to two other malls and didn’t purchase one thing! Just when we raised the white flag on finding me a birthday gift and numerous attempts to salvage the day, I was able to score a reservation at a restaurant called Spoon & Stable.

This place blew me away!! It was my silver lining to an already overcast day….no really it was cloudy all day. The only way to describe the restaurant’s decor is to compare it to eating inside a Restoration Hardware store. Industrial. Chic. Monotone. I want to live in this restaurant! With its open kitchen and monotone pallete, this restaurant first amazes in decor and then follows up in flavor. The wine cage looks like an old elevator shaft or an indoor

green room with floor to ceiling black framed windows showcasing its offerings. The old library ladder that runs across its tall shelves is a nice touch too. Looking around the restaurant you’ll see a lot of black, white and gray tones that in no way reflect a monotone menu. 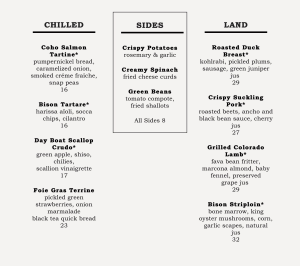 The menu is meant to be set up to chose your own tasting with up to 6 courses if you choose. The drink menu reflect craft cocktails and traditional cocktails with a ordering twist. The wine menu boasts a couple wines that are state allocated; meaning the state of Minnnesota only gets a limited amount of that bottle which in turns means that only the select restaurants get first dibs on that vintage.

If you’re a self proclaimed foodie or a person that has an affection for modern cuisine, this place is a must. Their house made bread and butter made me challenge Scott to close his eyes, eat the bread, and imagine a Cheez-It cracker. He confirmed my theory and I swear it tasted exactly lien that!

We started with the Heirloom tomato salad and the bison tartare that were amazing! Followed up with the Spaghetti Nero and the chef came out to deliver a complimentary portion of another pasta that were equally as delightful. The 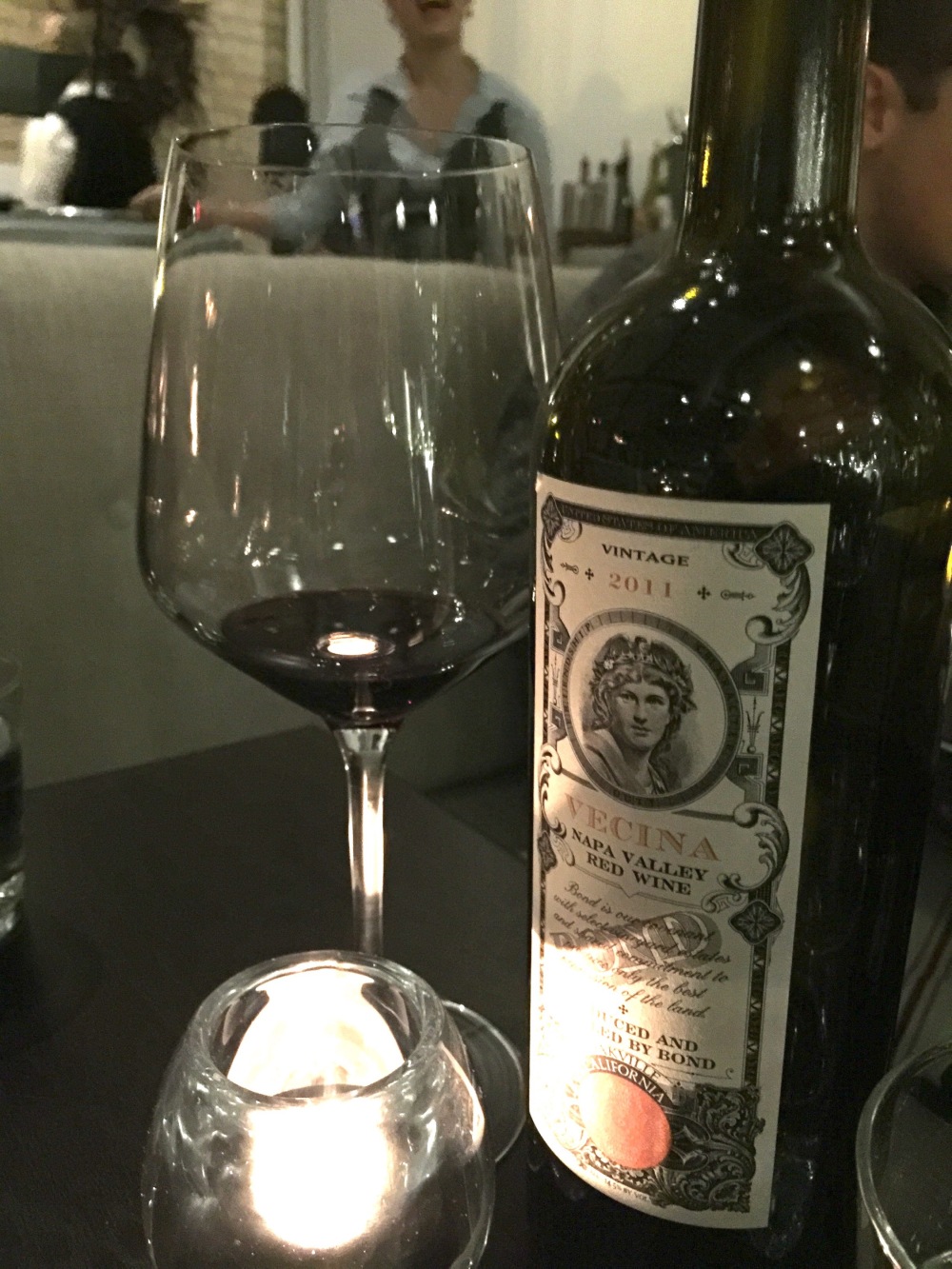 Spaghetti Nero was my personal favorite though. The seafood was perfectly cooked as well as the al dente pasta. As for entrees we agreed we would share with each other so we decided on the Seabass and the Crispy Suckling Pig and neither disappointed. Dessert was so good we ended up taking an extra Honey and Cream cake to devour back in our hotel room; which I ate using two wooden coffee stirrers as chopsticks because we didn’t have silverware and no one was stopping me from eating this dessert because it was kind of my birthday! I say kind of my birthday because before going to dinner Scott and I agreed that today was a bust and I would have a birthday mulligan next Thursday on the next off day. So anything that happened today was just a regular day and wasn’t even considered the day I was born (unless my mom asks because she experienced it first hand and yesterday was the day I was born 32 years ago).

At the end of a what started off as a not-so-happy-birthday, was this silver lining restaurant that I urge all foodies or food lovers to stop by and try.

If you have the opportunity to go or have gone here, leave your comments below and let me know what you thought!

Sorry for not having more pictures of the food or decor, I was trying to be an egaging dinner companion and I couldn’t help but stare at the handsome man across from me rather than my camera phone. Ladies, you would you do the same thing if you had that stud gazing back at you!