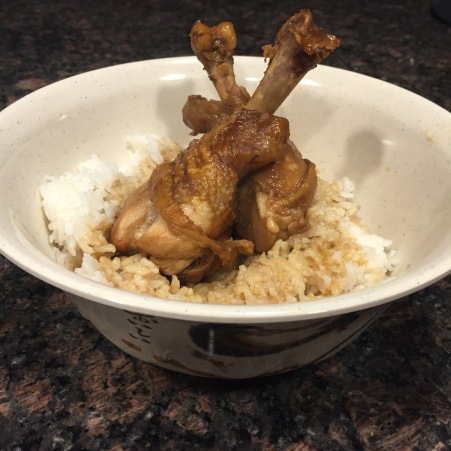 Let’s take a trip down memory lane shall we? Scott & I dated for a few years before he actually tried Filipino food, other than Lumpia (Filipino egg rolls). Every one loves Lumpia, but the recipe for that is for another day. The first time Scott had Filipino Food was when we took our very first trip to Turks & Caicos in 2012. This was the last place either one of us would have thought we’d be feasting on traditional filipino cuisine while vacationing there.
Little did we know, this resort had a property in the Philippines as well. Amongst the staff in Turks & Caicos were a majority of native Filipinos that have come to work at this property. Learning of my culture, the staff was so kind to offer to make a special dinner for us exclusively with Filipino dishes. This is when Scott fell in love with the cuisine. The staff (Josh, Ray, and Chef Boogi in particular) was always more than accommodating to us, even using their own ingredients from the Philipines to create our special menu. Their generosity has kept us coming back three years in a row! Josh’s Cassava Cake will have us coming back for a fourth year!

When we came home back to the states the cravings for Filipino food started for Scott. One dish in particular that was constantly request was Chicken Adobo. We are talking about the national dish of the Philippines here!!! So I have to admit that back before he tried my Filipino food, I was a closet Filipino food eater. I would only make it for just myself when he was on road trips and he would come home to a refrigerator full of leftovers he’s never seen before. Thanks to his new found love for the food I’m no longer a closet Filipino food eater! It has even gotten to the point where my mom actually drives up with a cooler of Filipino food when he plays in Los Angeles!

I love that I am able to share a part of my culture with him and know that he loves it as much as I do.

So without further ado I give you Adobo. Today I’ll give you the traditional way to make it and the slow cooker cooking variation, either way your stomach can thank me later. (I do accept thank yous in the form of personal check, paypal, head massages, or anything red velvet!)

8-10 chicken drumsticks (Scott likes a mixture of drumsticks & thighs)
2 bay leaves
4-6 crushed garlic cloves (I love garlic so I use around 6 depending on the size)
1 teaspoon of whole black peppercorns
1 cup white vinegar, any white vinegar will do unless you want to get really authentic and use Datu Puti Cane Vinegar (Sukang Maasim)

, a product of the Philippines)
1 cup chicken stock (my mom is reading this right now saying “Aye Kimberly! You don’t put chicken stock in there TANGA*!” I’ll explain why I do later)

Now here’s the traditional way to cook Adobo and why I add chicken stock to mine. Throw all ingredients in a bowl and marinate for 2-3 hours in the refrigerator. If you are in a hurry to cook you can skip the marinating step, I found when you marinate it gives the chicken more flavor. Remove from fridge and place all ingredients in a large stock pot or dutch oven. Bring to a boil. Once it has reached a boil, lower heat and simmer covered for 30 minutes until chicken starts to pull away from the bone and is fully cooked with an internal temperature of 165 degrees F. Serve chicken with sauce over white rice.

If you are on the go and want to do a slow cooker method, here’s what I recommend. Throw all ingredients in a slow cooker set to low and cook for 6 hours or high for 3 hours depending on your slow cooker. When its done, the chicken will be pulling apart from the bone or internal temp is at 165 degrees F. Serve over white rice and enjoy!

Now let me explain about the chicken stock. This is not a traditional ingredient when making adobo. I like to add chicken stock because it cuts the saltiness of the soy sauce and adds a richness to the sauce. Try it one time without it and one time with it and you be the judge.

*Tanga (tah-nga): noun. In Tagalog (Filipino dialect) meaning stupid or idiot. Used as a term of endearment from any and all Filipino mothers.

“You don’t use chicken stock in adobo tanga!”