In the heart of ASU lives a doughnut shop called Fractured Prune. This create-your-own-doughnut concept turns every hungry stomach into donut mad scientists! They do give you over a dozen choices of donuts of their own creation ranging from: the ASU devil doughnut to one named after the Phoenix Suns’ Gorilla mascot.

Step up to the long counter where you’ll find slips of paper and bundles of pens waiting for you to choose your offerings. Earlier in the week a fellow baseball WAG and I had discussed finding the “best doughnut” in town and within minutes she found this gem. Since we were first timers we had decided that we would split a dozen doughnuts. Narrowing it down to only six doughnuts felt like what I can only imagine as picking my favorite children (I only have a fur baby). I am also one of the most indecisive people on this planet when it comes to food ONLY because I constantly think “if I pick this one, what if this other one was THE ONE!” In order to get out of this conundrum I usually phone my sister for a second opinion, something we have been doing our whole lives and NO MAN will break us of it! Today I went with my gut; literally and figuratively. 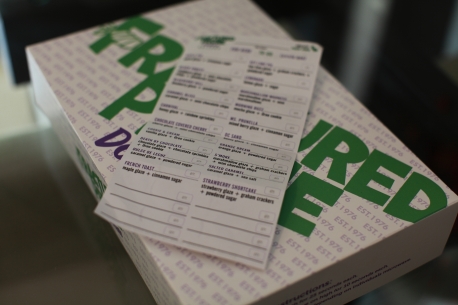 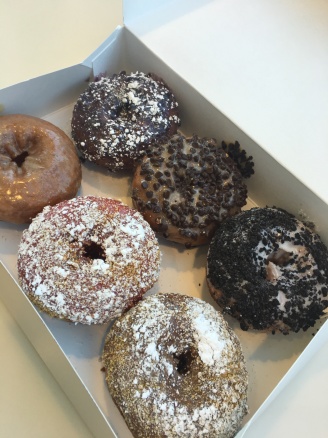 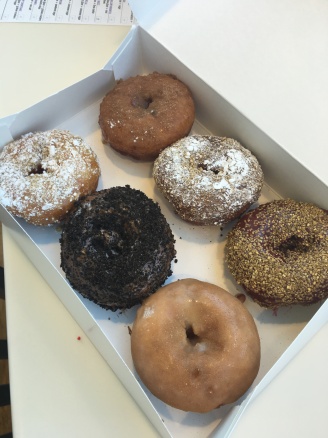 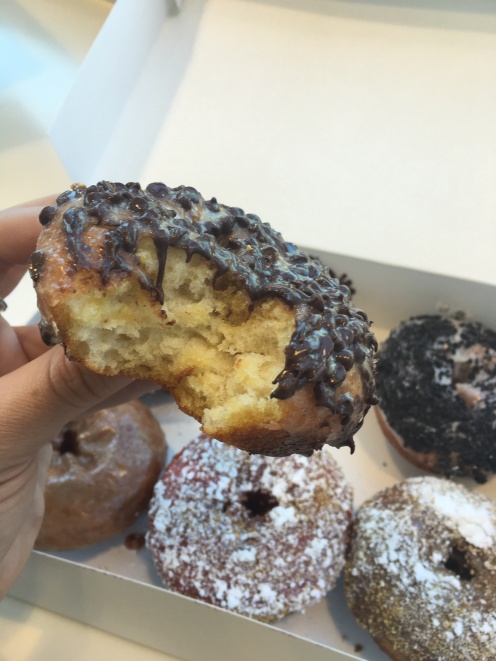 We couldn’t help but dig into these freshly made warm ooey-gooey doughnuts right then and there! Of course I was strategic about which one I ate first because as always I think of my love and what he would want so I would leave those for him. I opted for my love at first bite….Caramel Bliss. A cake doughnut covered in a caramel glaze and topped with mini chocolate chips. The chips were immediately melting on this freshly made doughnut so I  had to put them out of their misery!!! I’m not a MONSTER!

Rookie mistake was not ordering milk or coffee to go along with these decadent doughnuts. Lesson learned.

If you dare decide to be a self proclaimed “doughnut genius” and create-your-own there are 20 different glaze offerings along with 14 different choices for toppings. Choice wisely or recklessly….whatever.

Instructions for reheating are on the side of the box pictured below. That’s only if you have the will power to actually stop yourself from devouring the whole box in one sitting. No judgement!

Here are a list of some of our choices in no particular order:

To be perfectly honest, the only doughnut that we both felt was “eh” was the Coffee Cake.  It’s a cake doughnut with a mocha glaze with graham crackers and powdered sugar. It fell short on flavor. I think in both our minds we already tricked our taste buds into thinking it was going to get that coffee cake breakfast pastry with the crumb topping. This is more like a donut that tastes like coffee. And yes this means I ate two donuts in one sitting. 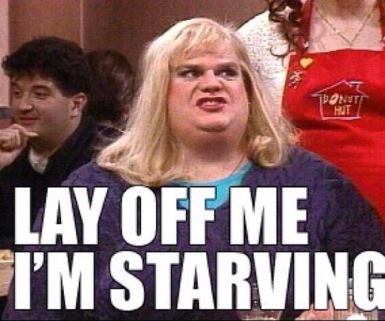 They have a handful of locations all over the Phoenix area but the search continues for the “best doughnut in Scottsdale” (It’s not much of a search if we just given in to the first place we try!)

They also do ice cream doughnut sandwiches so consider stopping by for dessert too!

Is it DOUGHNUT or DONUT?!?!?! Auto correct has no preference and neither do my taste buds!